Looks like we’re ending the year on a high note, so unless something drastically changes I think emerging market currencies should fare.

The US dollar has fallen against the Indian rupee in recent times, but due to a significant overextension. The â‚¹ 75 level has been sliced, and now it looks like we could go a bit lower. However, now is not a good time of year to make too many estimates until we have completed the first jobs report. The fall in the US dollar against the Indian rupee suggests that we may be considering a bit more â€œrisk onâ€ than before.

The Rupee has been extremely popular lately – don’t miss out on these great opportunities!

If we break down significantly from here, we could go all the way down to the 200-day EMA, which is at the 74.33 level. We might even go over and hit the â‚¹ 74 level, and we might have a bit of follow-up in the last couple of weeks. However, if we get a sudden â€œrisk-freeâ€ type move, it will throw this pair back in the air as the US dollar is considered a major security currency while the Indian rupee is an emerging market currency.

The start of the month will likely be hectic, to say the least, as there will be a lot of people trying to put money to work for the year. In this scenario, you get a lot of crosswinds that you don’t necessarily think about when you put in the money to work right away. After all, once the year has started traders will have to take risks in various ideas which means that money will wave around the system, so it is not easy to understand which direction the market wants to break for. the biggest move right away. However, I think at this point we are trying to settle into that little pocket of support and resistance before the big guys come in and invest money in bets in emerging markets such as the ‘India. The Indian Rupee is one of the largest economies in the world, so it is definitely something that deserves special attention in the future, because if the year is going to be a good one, it should manifest itself in India itself. Looks like we’re ending the year on a high note, so unless something drastically changes I think emerging market currencies should fare. 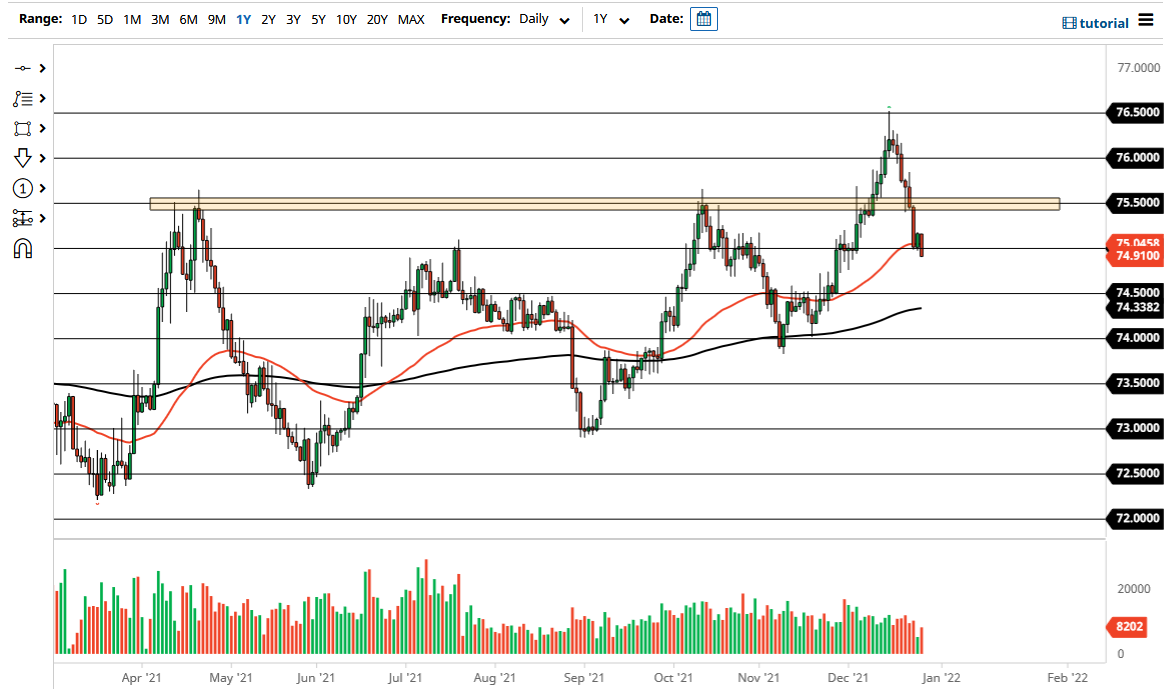