A sense of unease lingered in the air Wednesday as recession fears, jitters around soaring inflation and worries about aggressive monetary tightening left investors jittery.

Global equities fell amid growing risk aversion and caution ahead of today’s highly anticipated roundtable at the ECB forum in Sintra, Portugal. In the currency space, the dollar was on hold as the euro appreciated against most G10 currencies. Oil benchmarks extended gains, boosted by supply concerns, while gold rose in limited trading with prices eyeing $1,830.

As we head into the new trading month and the second half of 2022, this could present new opportunities in the FX space. Today we will be using pivot points and moving averages among other technical tools to uncover potential setups on various currency pairs.

A pivot point is a technical analysis indicator used to determine the general market trend over different time periods. Pivot points have predictive qualities, so they are considered a leading indicator for traders. The FXTM Pivot Point Indicator can be downloaded HERE.

GBPUSD Breakdown on the Horizon

If you are looking for a downtrend, look no further.

The GBPUSD is under pressure on the weekly and monthly charts as there have been lower lows and lower highs. The bears appear to be making a move on the daily charts as prices falter above the 1.2150 support level. Since the currency pair is trading below the weekly pivot and has already reached the weekly support level, a further drop could be on the cards. A strong daily close below 1.2150 could trigger a selloff towards S2 at 1.2088 and S3 at 1.2016.

The downtrend is already defined on the weekly charts. A strong weekly close below 1.2150 could trigger a sell-off towards 1.1930 and potentially lower. 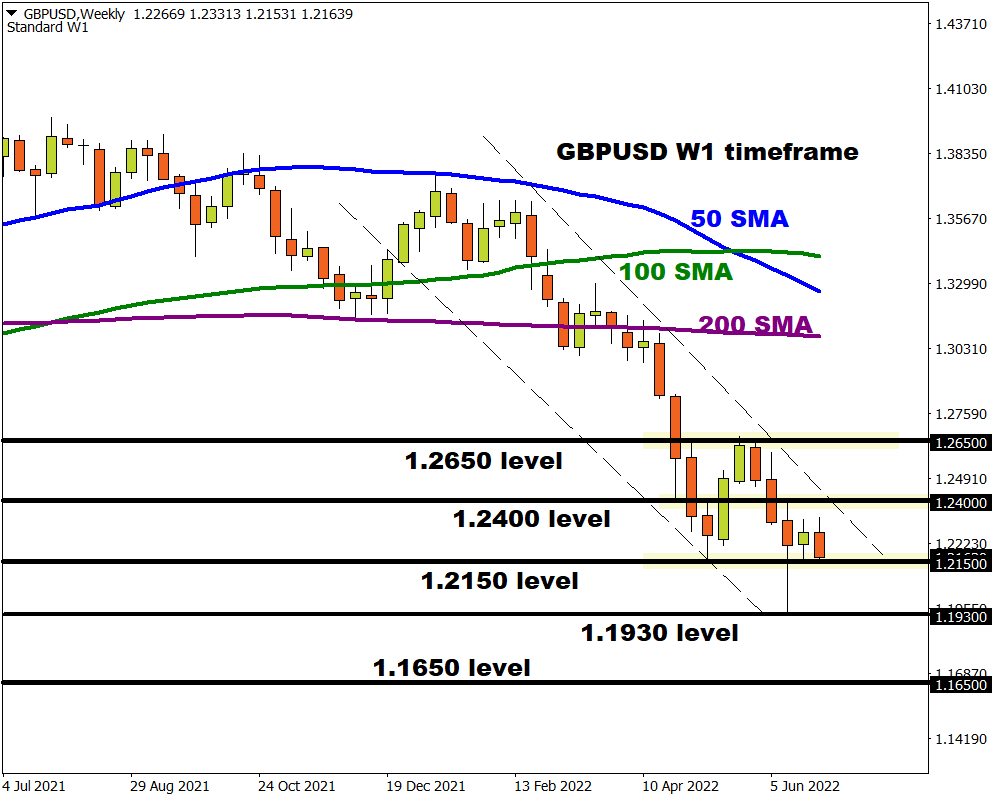 A similar theme can be seen in the monthly calendar. The GBPUSD has lost around 3.5% this month, with the bearish candle likely to encourage further decline. If 1.2150 proves to be a tough support to break, prices have the potential to bounce back towards 1.2400 before the bears re-enter the scene. 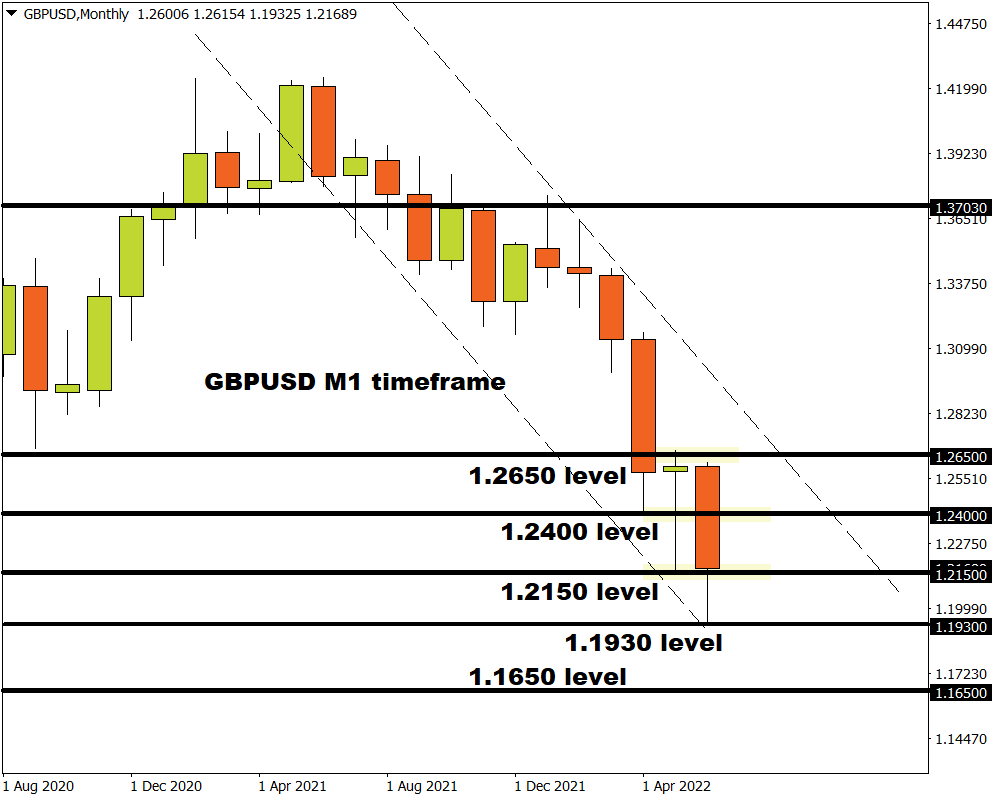 Prices are firmly bullish on the daily charts and have already reached the first weekly resistance level at 136.504. A daily break above 136.70 could inspire a move higher towards 137.831 where the second weekly resistance level is located. Should the bulls run out of steam, prices may fall back towards the weekly pivot at 135.377. 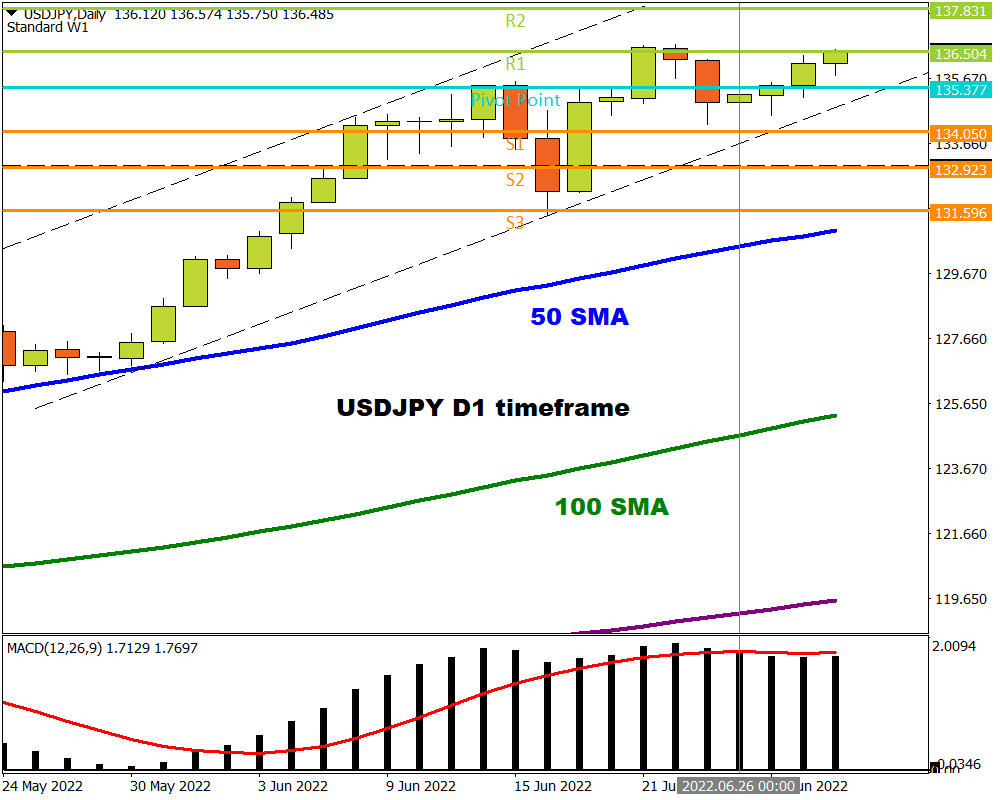 Zooming out of the weekly charts, USDJPY appears to be gearing up for another breakout. A strong push above 136.70 could trigger a slope towards 138.00. 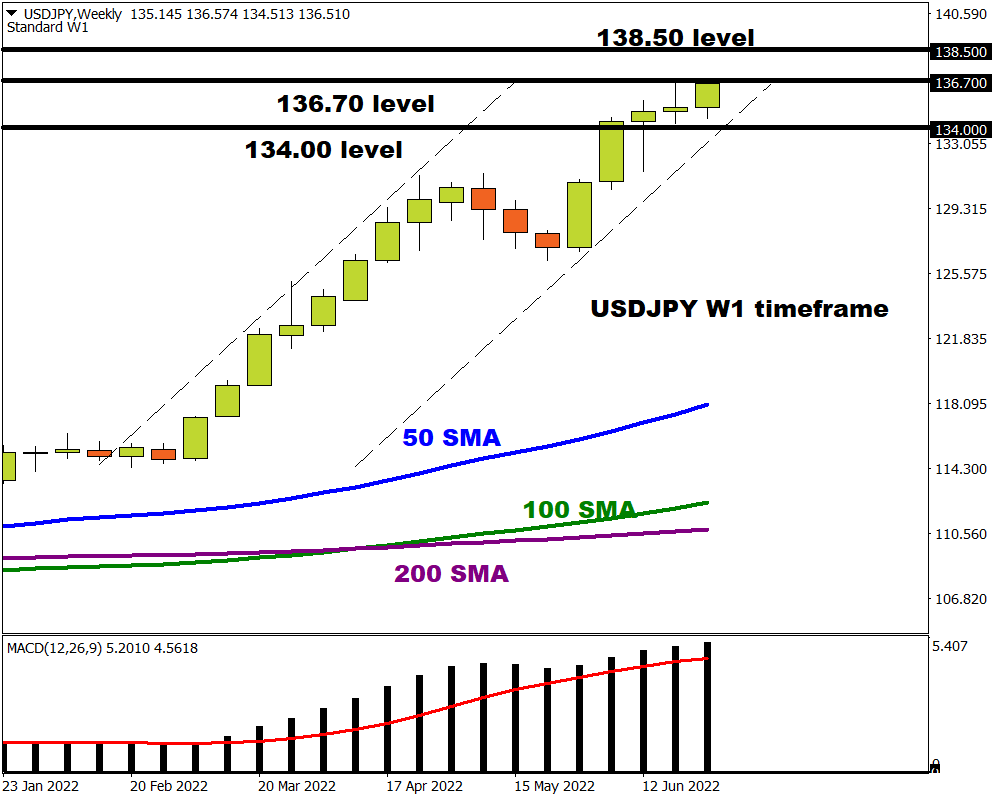 AUDUSD ready to break down? 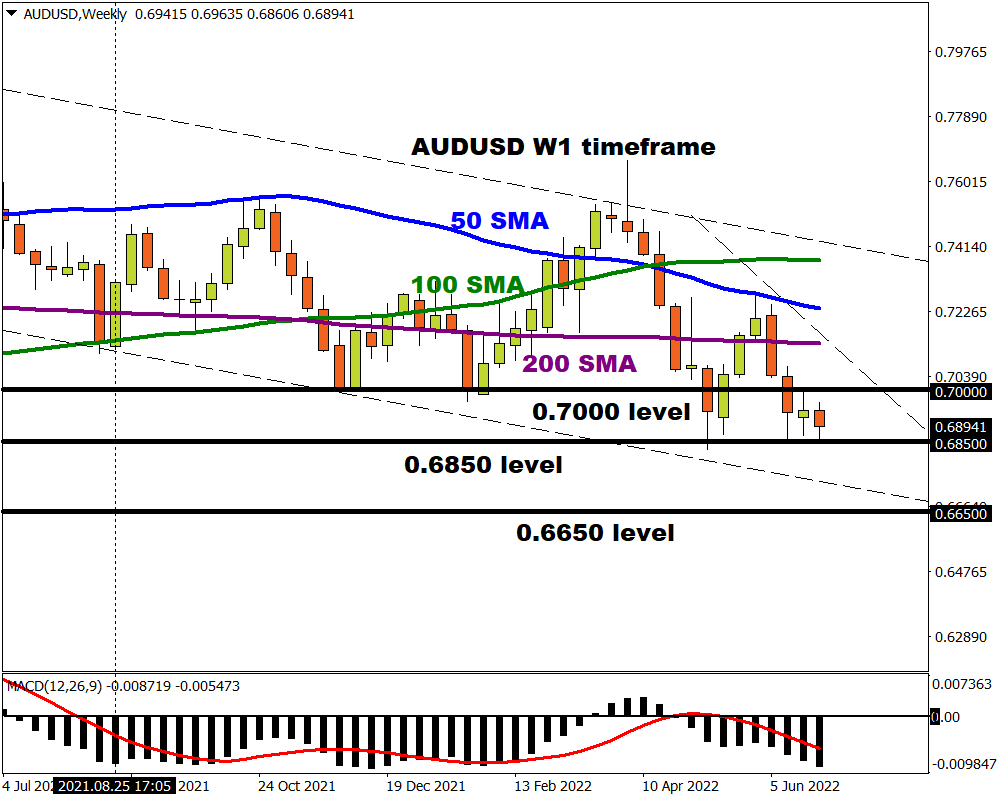 A possible breakout opportunity could form on the EURJPY. On several occasions, the bulls tried to conquer the resistance level of 144.00 without success. The currency pair may be waiting for a new directional catalyst before making its next major move. If the bulls are able to secure a solid move above 144.00, it could trigger a rally to levels not seen since December 2014 around 146.50. Sustained weakness below 144.00 could encourage a decline towards 142.50 and 141.50, respectively. 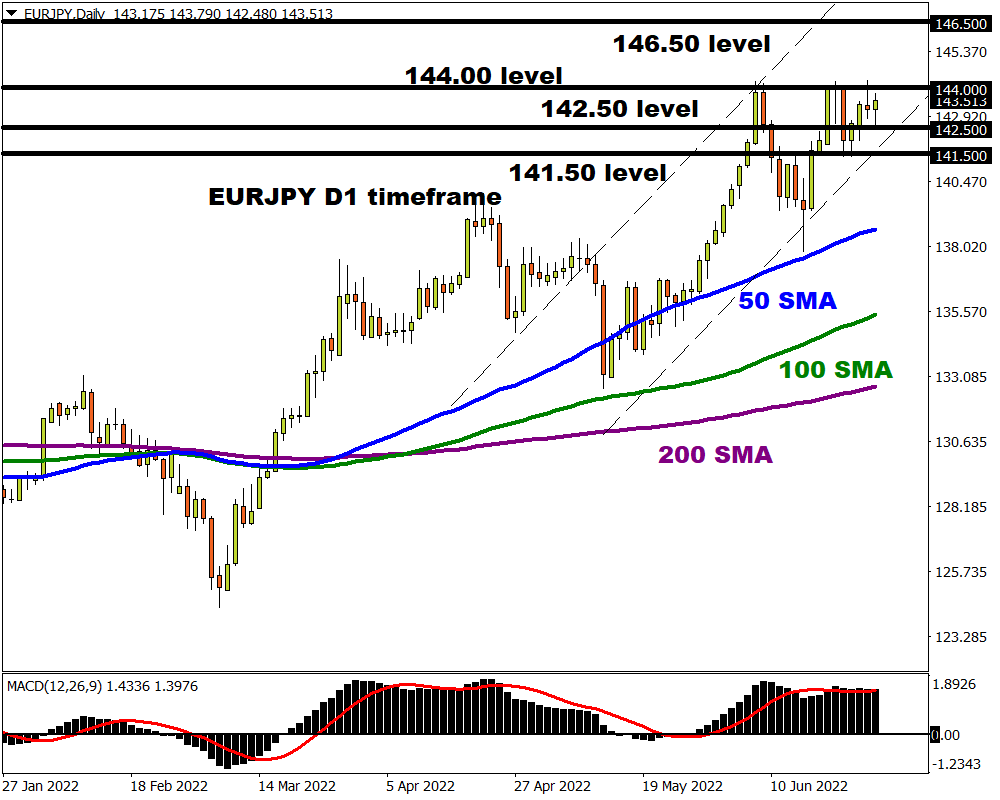 Is the NZDUSD destined to fall? 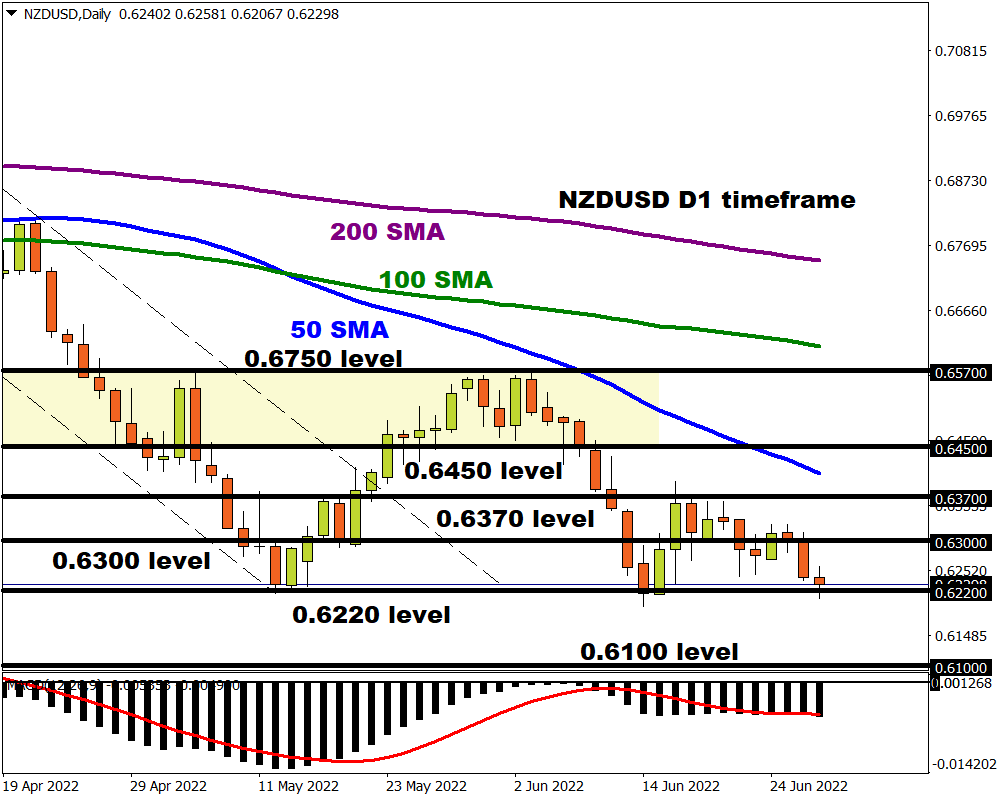